Projectmanager Roel Wessels removes the barriers between technology and creativity

Monastic discipline? The experience he had built up himself in that area in a world that is not the easiest to project manage, had to be shared.

For eight weeks he locked himself up in a monastery in Doetinchem for it. It was an idea of his wife, who knew that her husband otherwise would have spent all of his time on that one project. Because the book about “The Complete Project Manager” had to be written, according to Roel Wessels. The experience he had built up himself in that area in a world that is not the easiest to project manage, had to be shared.

In the monastery, Wessels worked with an iron discipline. “5 pages every day, then I should be able to be ready at the end of the period, that was how I calculated it. Of course, there were times that this was difficult when for example, others in the monastery went to drink a beer after the joint diners but I did not finish my five pages for the day yet. But the rhythm, the heartbeat, actually felt good. And in this way I also kept it feasible: because the goal stayed reachable, I managed to do it. 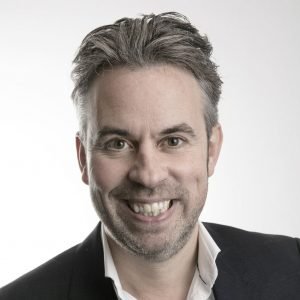 Roel Wessels is a physicist but also a musician. But he really shows his quality as a project manager: the person who shows, in the hard practice and as a trainer and mentor of masterclasses, what it takes to bring complicated projects in high-tech, food, and healthcare to a successful conclusion. At this moment Wessels is Senior Director Projectmanagement and Technology at Holland Innovative on the High Tech Campus. Earlier this month he presented his book in front of 170 enthusiastic people in the Conference Centre on the Campus. With an encore in the form of a music act. “This was the first sung management book”, said chairman of the day Bert-Jan Woertman at the end. According to Wessels, the combination is only logical: “I am the project manager in the band and the artist in the development team.”

It helps if you don’t see barriers in between technology and creativity, Wessels experienced. “Actually my first band was also my first self-managing team. The creative process that we went through every time, in the ‘Student bunker’ in Eindhoven, was also related to accomplishing goals. But with 180 beats per minute.”

In the aircraft industry, there is no emergency lane

Although in his book Wessels provides plenty of common management theories with his critical eye, he does leave the creators in their value. Precisely that was the reason for the publisher to offer Wessels space.
“I compare all those methodologies, but I don’t take them down. What I do try to make very clear is that you need to be open to the language of your audience. I already noticed that when I was working at DAF. At one point a whole lot of people came in who had previously worked at Fokker but had been fired there. They had basically learned the same subject as we at DAF but they were used to a completely different dynamic. Simply explained: in the aircraft industry there is no emergency lane where you can turn to if your product breaks down.”

Among knowledge workers, the target group with which Wessels deals much with at the High Tech Campus, this ‘language problem’ also plays a significant role.

“To begin they all are, just like me, very stubborn. I had to look for a language that doesn’t scare them away but still touches them. In part 1 of my book, I describe the complexity of this world, that had never been done before. In part 2 I try to explain what it takes to make knowledge workers really work together.” In it, Wessels explains that not only the team but every team member should be able to be self-managing, even in difficult circumstances.

There is a big tie-allergy

One of those circumstances is the fact that the stakeholders (suppliers, clients) aren’t easy to reach during a project. “The project manager has to just fix it, of which you don’t really read anything about in all those management books about agile and scrum.”

Much is on taking on leadership. “Also knowledge workers – mostly technicians in mechanics or software engineers, but also people from the business or service – should be able to handle autonomy and self-managing teams. Everyone should be able to be a project leader, however, at first instance, this often leads to many frowning faces. There is a big tie-allergy, whilst everyone is a leader in his or her own way. You can see that for example when you see someone with his or her child in the playground showing all aspects of leadership. We will just need to help them to make the step from operating reactively to influencing.”

A project manager has the natural tendency to want to offer the perfect solution when they are asked to do so, however it is not always the best option, says Wessels. “It is more important to show action. After all, if you insist on offering a solution to your team, this can lead to procrastination, simply because that solution is often not immediately available. So show action before you have the solution and do that in recognizable regularity, the heartbeats of project management. This keeps your client and team much more connected."

Always keep the goal in sight, just like TomTom

During the presentation of his book, Wessels illustrated this principle with the example of the TomTom, which caused everyone to realize what he meant. “TomTom is genius as a projectmanager in showing action. Say you have to go to a friend in Utrecht. You just start driving because you know that you have to take the A2 to get there. But TomTom still wants to help you, so he constantly shows where you are, and if you are about fifteen minutes away from Utrecht and start wondering, how can I best get to that address and you type it in any way, TomTom immediately says how and when you will reach your goal. Even if you decide to buy some flowers in the neighborhood and therefore ignore the route of the navigator multiple times, TomTom keeps his eye on the target, constantly informing you how far it still is. This is also how you should play the game with your client: keep the goal in sight and communicate your actions, but be open and allow for other paths to be taken. Embrace these interim changes, influence them where needed, and show them to your client. But always keep the goal in sight, just like TomTom.” 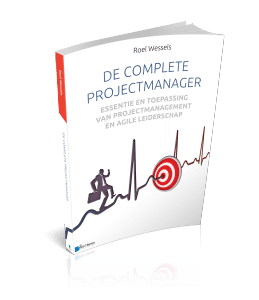 Directly order the complete project manager or get to know more

Imagine you start leading a new project. Or introduce a pioneering idea and new working methods. Chances are you will encounter quite a bit of resistance from within your team or organization. Wim...

Talk to our academy advisor

The course CE certification of your medical device will give an overview of the new regulation and standards in this field. Check it out!

Learn about the essence and application of project management and Agile leadership.