Why things break down – and when? Material science and data science offer the answer

Tiedo Tinga(1973) is a professor in Dynamics based Maintenance at the faculty of Engineering Technology, with a background in Materials Science and Mechanical Engineering. His research focuses on the detection and prediction of failures in systems, using the Physics of Failure, a thorough understanding of the (dynamic) system behavior, and advanced monitoring techniques. Tinga is one of the keynote speakers at the Reliability Seminar that will take place on 25 and 26 March 2021 at Holland Innovative at the High Tech Campus Eindhoven.

Why do things break down – and when? As long as Tiede Tinga has been active in his field, this has been the central question for him. He worked in civil and military environments and was able to use materials science as a starting point in all circumstances – from wind turbines to the most complicated defense equipment. “But what you see in recent years is the rise of data science as an extra layer. It’s a logical development for our field, if only because of the enormous influx of sensors into the maintenance world. The importance of algorithms is, therefore, increasing and that means that my research has increasingly shifted to a combination of data science and materials science. The one has not replaced the other. You have to see it much more as an addition to each other: the added value lies in the combination of the two.”

The Power of Data science 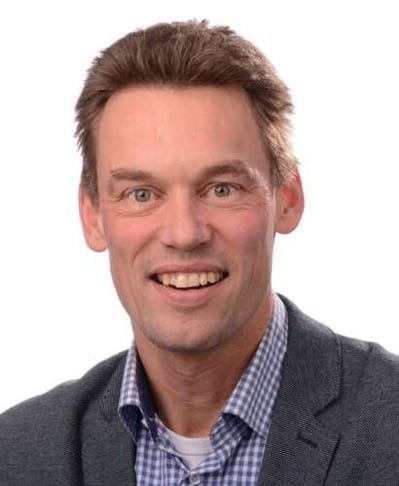 The power of data science becomes especially visible when a lot of data is available so that the system can improve itself. An algorithm that is ‘trained’ with lots of examples gradually becomes better at recognizing certain patterns. Tinga: “That is an important addition to our work. But you do run into a practical problem, certainly in the early days, also in the maintenance world. Precisely because preventing malfunctions is always the goal there, relatively few malfunctions actually occur. This means that there is little data available on the basis of which the algorithm can learn with artificial intelligence (AI). In other words: a small set of examples results in a poorly trained algorithm.”

On the other hand, traditional physical models, which for example look at the consequences of corrosion, wear and tear or fatigue of the material, require a great deal of effort.

“You start at the component level, so before you’ve analyzed an entire device, much time has elapsed. That’s why I insist on the combination: domain knowledge from traditional physics and the power of AI”.

“Reliability engineering is very experience-based,” says Tinga. “Failure data, by definition, come from the past. Based on that, we make an estimate of the future. That works well with systems that always work under the same conditions. Think of machines that are used somewhere in a hall with always the same conditions. But that is much less the case for many processes in the defense industry. In Mali and Afghanistan, data collected in the Veluwe won’t help you that much. In such cases, the traditional way of working doesn’t work well enough.” But there is a solution, thanks to data science. “Yes, if we can achieve added value by combining different data sources. If you can combine your specific failure data with variable additional data, then you use the power of data science. It’s much more than a few homogeneous primary datasets.”

A world to be won

There is still a world to be won in terms of reliability. “It’s not equally important for every manufacturer and in each different sector. In aviation, reliability is a huge factor, but a lot less so in the maritime and automotive industries. Most companies in those sectors still focus on what a system can do and how affordable it all is. How to integrate reliability within that, that is, unfortunately, less obvious”. Tinga notes that manufacturers in some sectors still get away with it. “Just accept it like it is, they say. But fortunately, what you do see more and more is that end-users and consumers are more and more pushing for reliability; they are beginning to make demands on suppliers. So it’s really important to quantify what reliability is worth to you. Of a single product as well as of an entire system.”

The role of a system integrator also comes into play. “Within product development and maintenance, not only your own performance is important, but also that of the entire supply chain. Traceability is already quite normal in aviation, for example. A system integrator keeps an eye on the entire system and is, in fact, responsible for all suppliers. But once again, there are enormous differences between sectors – one manufacturer may put a lot of value into this, another a lot less.”

The end-user is always at the helm, says Tinga. “The user makes demands on system integrators. If the end-user doesn’t ask for reliability, system integrators will also worry less about it. And if it’s the other way around, they will.” Contracts can also be linked to this difference in approach. “How do you arrange your service and maintenance, for example? Do you deliver a product and let your customer find out, or do you choose to remain the owner and continue to guarantee the availability of the service? Availability really is a trend. And with that, the life cycle of a product has become a revenue model. But that only works if you can continue to monitor usage properly – for example, via the sensors that collect data and thus provide input for the algorithms that provide their information using data science. In that situation, reliability has really become an integral part of your process.”

Although March 2021 still seems far away (the seminar was initially planned for June 2020, but has been postponed because of the Corona crisis), Tinga already has a picture of the two main lines of his keynote. “On the one hand, it will be about the potential in predictive maintenance, the benefits of forecasting for your reliability. But on the other hand, I will certainly also pay attention to the power and limitations of data science. Pure data-driven commitment takes us far, but it is not enough. We will always have to make the combination with materials science – the physical models.”

When even optimal quality is not enough: Reliability makes the difference

Everyone will have a few examples of this: products that are super well-conceived and beautifully designed, contain all the necessary quality features but in practice they still underperform. With a...

Talk to our academy advisor

Learn about the essence and application of project management and Agile leadership.